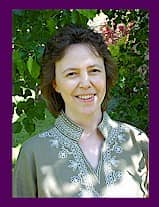 While currently known as a visionary thinker and author, MaAnna Stephenson is a true Renaissance woman. From an early age she was exposed to a myriad of influences including her father’s engineering and artistic endeavors, her maternal line of intuitives, and an intrinsic fascination with sound and music. Born in the small town of Humboldt, Tennessee, MaAnna began her journey as the youngest of three children with a huge age gap between her siblings and herself. Constant inclusion in the world of adults led to an early maturity and perhaps a different view of the world than most children experience – especially with the special gifts of the adults in her family. None of it was lost on young MaAnna. “My mother was also an intuitive, as were all the women in my immediate family. Having well-honed intuitive senses was quite normal and the information derived from these methods was respected and adhered to. I became accustomed quite early to the fact that there were things – forces and powers – which could not be measured with a ruler but were just as real as anything I could see or touch.”

An additional gift was bestowed by her paternal grandmother – the gift of music. Time spent at the organ with her grandmother, who was well known for her passion for music, ignited a flame in MaAnna as well. Her father, and most of his siblings, were also professional musicians. By the time she was a teenager, MaAnna was already a multi-instrumentalist and composer, exploring sounds and techniques with special interest in how they affected listeners spiritually and emotionally. Her advanced education continued this line of exploration as she attended Jackson State Community College and Lambuth University concurrently, double majoring in Music and Acoustics with a special apprenticeship at a local recording studio as a sound engineer.

MaAnna transferred to Jackson Area Vocational and Technical School, acquiring a degree in Electronics. This led to a prestigious job offer and subsequent move to Dallas, TX in 1984. She continued her work in sound engineering and composing with several international hits to her credit. After a decade in the big city, she accepted a field assignment in Nashville, TN where she has resided since.

It was in Nashville that she began her writing career with a short story triggering what she calls
“soul memories.” In response to her experience, MaAnna began her self-education in the fields of  the rational sciences and the noetic sciences, exploring both with equal emphasis. After a five-year preparation period, she was initiated as a shamanka. Her training for this initiation combined with  four years of intense research into the sciences culminated in the writing of  The Sage Age – Blending Science with Intuitive Wisdom, which was featured in Publishers Weekly shortly after its debut.

MaAnna is a member of the Institute of Noetic Sciences and continues to live immersed in the relationship between science and the intuitive arts. Her current focus on “new models for new thought” is leading her to develop interactive classes that further explore the concepts in The Sage Age, including a class on Acoustics for Intuitives. She feeds her inner artist by creating carvings combined with stained glass and, of course, still indulges her love of music.

MaAnna’s wood carvings have been nationally recognized and featured in both Woodcarving Illustrated and Scroll Saw Woodworking & Crafts. They can be seen at HeartwoodArt.com.

Her unique combination of experiences as a web developer, professional engineer, nonfiction author and artist allow her to draw together the right mix of teaching skills, technical expertise, and online promotion techniques to work with non-geeks and creative folks like authors, artists, as well as small business owners to achieve their online marketing goals. Visit BlogAid for more.

The Sage Age was featured in the Sept. 22, 2008 edition of Publishers Weekly.

Search inside The Sage Age on Google Books.