Many folks assume that Einstein and his famous E=mc2 equation single handedly started the quantum revolution. Actually, Einstein put the icing on a cake that had been baking for a few hundred years, and it was his other, lesser known equation that kicked off the whole quantum era and won him the only Nobel Prize he ever received. And, you may be shocked to learn how rooted in mysticism the whole thing is.

We entered the realm of quantum ideas by way of something seemingly mundane to the modern world, which was a fascination with why objects glowed different colors when heated. But, back when philosophy and spirituality were still tied directly to science, the study of color and light was considered a way of tapping into the Almighty’s mind.

By 700 B.C.E., the ancient Egyptians, Mesopotamians, and Assyrians had all contributed significant treatises on the topic. Later, the Romans and Greeks added their ideas, and the math to back them up, to what would eventually split off as a whole branch of physics called optics. In the Middle Ages, the Islamic philosopher and polymath, Al-Kindi, and later, the Christian experimenter Roger Bacon began to apply empirical method to the study. But, each text from these early scientists was also slanted to reconcile their findings with their spiritual beliefs.

By the 1700s, observation based on experimentation had begun to replace many mythical undertones, but the controversy over the origins and meanings of light and color was brought to its spiritual zenith in a public clash of titans between Newton and Goethe. As much as either of them were desperately trying to lift the heavy hand of the Church from the throats of science explorers, they were both products of their beliefs – Newton as an alchemist, and Goethe as a philosopher. Both wrote more on theology than on science. 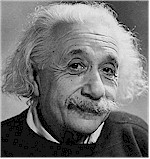 And, this was the foundation from which Einstein and his peers emerged to conjure the revolutionary theories that started the early 20th century with such radical ideas that they could hardly be believed. In fact, that’s why Einstein didn’t receive a Nobel Prize for E=mc2. The scientific community was so stunned by the implications of it, and how it brought a touch of anarchy to their belief systems, that they chose to wait and see if it panned out before jumping on the bandwagon of its truth.

However, Einstein’s other revelations were well received, especially his ideas on the age-old question of why objects glowed different colors when heated. About thirty years prior to Einstein’s publications, Heinrich Hertz was the first to observe the threshold frequencies different objects exhibited when struck by a powerful beam of light. In essence, he found what made them glow different colors when heated. But, he couldn’t explain why low frequencies of light didn’t have the same effect. In other words, no one knew why something could feel hot and not look hot.

Enter Einstein. Building on Max Planck’s theory of blackbody radiation, he developed the mathematical underpinnings to answer the last part in this ancient question. For this, what had been known as the Hertz Effect, was renamed the Photoelectric Effect, and Einstein was awarded the Nobel Prize for it several years after other folks conducted the experiments which proved it to be true.

These equations are still used daily by the astronomical communities to peer into the heavens and make sense of the data gathered. They are also what determines all the beautiful color to the rendered, and amazing pictures taken by the Hubble Telescope.

More importantly, these equations firmly established the idea of light as a particle, namely a photon. That is something Newton and others had tried to do, but could not produce the experimental evidence necessary to bump the wave theory of light from its supreme reign.

What Einstein did was bring us full circle. In the last fifty or sixty years, we have become more at ease with the wholistic notion that light is both a particle and wave. We’ve also come to embrace that light will show itself as either, depending on how we set up the experiment. In other words, we are participants in how things manifest.

The word quantum originally referred to discreet packets of energy, and was applied as a description of how light, as a photon, actually traveled and interacted with matter. Today, it has taken on an entirely different meaning as an all-interconnected realm of possibility.

So, no matter what mathematical or experimental advancements we have made, we have never left the mystical undertones that follow the investigation of light and what it really is, what it represents, and how it interacts with everything.

Einstein and His Famous Equation
Quantum – What Does it Mean?
Coming to Terms with Light
Dancing to the Same Score – The Particle/Wave Duality of Light